Now on display at Icklesham Koi

The Tempest filter is an innovative polishing system for ponds that will help to deliver crystal clear, healthy water. Designed to be used in conjunction with any filtration system, the Tempest offers additional mechanical and biological filtration. The Tempest filter can also be used on quarantine systems or as a standalone filter on smaller ponds up to 5,000 Litres / 1,100 Gallons / 1,320 US Gallons.

The Tempest filter is easy to install and is simple and quick to clean, by way of a unique, patent pending air syphon design. During the cleaning process, air is drawn into the filter as it empties which causes the water to agitate, effectively cleaning the K+Media.

Using Evolution Aqua’s K+Media as the filter media, particles down to one micron can be filtered. Not only that, K+Media is the result of extensive research and development, moulded with minerals for faster maturation times.

How The Tempest Works And Cleans

Water is pumped up through the Tempest filter. The K+Media moves to the top of the filter, becoming a mechanical barrier that traps debris as it flows through the system. Waste is trapped in the K+Media until the cleaning cycle dislodges it and it gets flushed away.

With the pump turned off, slide valves closed, and waste valve open, air is drawn into the filter. As air and water mix inside the filter tube, the media starts to move chaotically, dislodging the trapped waste. Dirty water then exits the filter tube at the bottom via the waste line, leaving clean media.

On larger systems that require a higher flow rate, multiple Tempest filters can be installed in a modular system.

K+Media is designed and manufactured by Evolution Aqua. This advanced media, with its innovative design and class leading surface area provides enhanced biological and mechanical filtration. As Evolution Aqua extrude the K+Media, minerals and enzymes are added to the raw material.

The result of this process, unique to Evolution Aqua, is a filtration media that not only outperforms most of its competitors due to its large protected surface area, but also answers the problem of how to speed up the time taken to mature your filter.

Nexus Eazy Pod is a biological and mechanical filter from your pond, it features a simple yet innovative design. It uses a perforated metal screen to drag larger solid particles from your pond water, immediately increasing the clarity of the water itself. The central chamber of the Eazy Pod contains K1 Biological media, a perfect home for large cultures of beneficial pond bacteria which helps to break down the toxins and bio-waste created by the life in your pond.

You can create a more complete system for your pond by opting for the Eazy Pod Air, which includes the Evolution Aqua Airtech 70 Air pump, helping to aerate the water in your pond, providing a more oxygen-rich environment for your fish and helping the bacteria in the filter do its' job. Alternatively you can choose from any of the other Evolution Aqua Air Pumps.

Nexus Eazy Pod is the complete mechanical and biological filter system for garden ponds up to 20,000 litres or koi ponds up to 10,000 litres. The Eazy Pod is very easy to install and maintain and it produces incredibly clear water when installed with a UVC. The filter has an easy cleaning cycle with no need to get your hands wet/dirty. 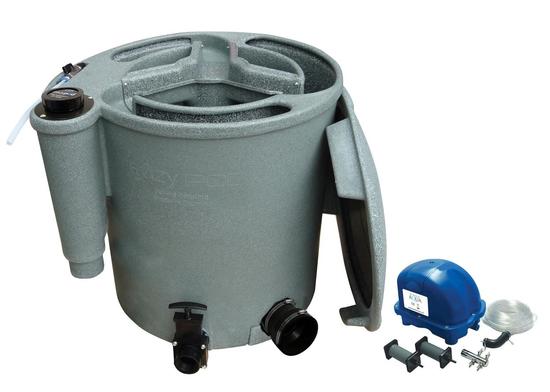 As Evolution Aqua extrude K+Media, Minerals and Enzymes are added to the raw material. The result of this process, unique to Evolution Aqua, is a filtration media that not only outperforms most of its competitors due to its large protected surface area, but also answers the problem of how to speed up the time taken to mature your filter.

As with all Evolution Aqua filtration systems, Nexus+ are precisely manufactured at their factory in the UK. The shell of the unique multi chamber filter is formed using specialist rotational moulding machinery. High density polyethylene (HDPE) is injected into a Nexus shaped mould where it is rotated through 360 degrees whilst being exposed to incredibly high temperatures. Once formed, the robust, toughened shell is removed from the mould and left to cool. Precision cut stainless steel panels are fabricated to make the EAZY and grill plates which are then inserted into position inside the unit. A series of pipework, connectors and valves are installed that make the unit ready to hold water. Airline and fixings are also carefully installed which enable the moving bed and cleaning process to function. K1 Micro is added to the EAZY and K+Media is packed ready for adding into the outer chamber.

Combining a tried and tested, precision manufacturing process with award winning design, and with K+Media and K1 Micro at the heart of the filtration, the Nexus+ will consistently deliver crystal clear, healthy water, allowing Koi and pond fish to thrive. With automatic cleaning functionality now even easier to install, Nexus+ is the ultimate filter system of choice. 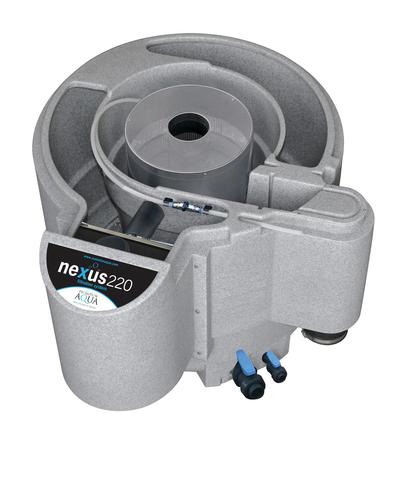 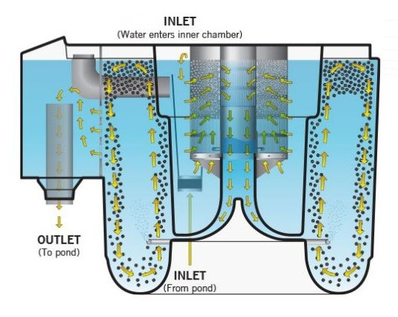 How the Nexus+ Works

The Nexus+ filter is an innovative biological and mechanical filter system in one. Water enters the Nexus+ via the inlet into the inner chamber which forms as a vortex allowing larger solids to settle out. The water then passes through the Eazy where the finer particles are removed at the mechanical stage of filtration. From the Eazy the water passes into the outer chamber where the biological stage of filtration takes place using the new K+Media Moving Bed.

The water then passes through the grill into the Exit Chamber, where it is returned to the pond through the outlet. The Eazy is cleaned by diverting the air from the Outer Chamber to the Eazy using the air valves or by installing the automatic cleaning system which makes the cleaning process even easier, as the filter can be cleaned even when you're not there. Nexus+ filter systems can be easily installed on gravity-fed or pump-fed set ups.

The Nexus Automatic System can be installed on Nexus 220 and 320 filters manufactured after 2006, whether on gravity-fed or pump-fed installations. The kit includes a control box which connects up to an automated waste valve, air pump control box and an automatic inlet slide plate (for gravity fed models only). Once installed and connected to your pond pump and mains power the system will carry out cleaning cycles at timed intervals or when pressing the manual clean button.

Physically turning ball valves and manually switching pumps on and off will now be a thing of the past thanks to the Nexus Automatic System. All of the key processes that form the cleaning cycle are now controlled automatically with this easy to install kit. 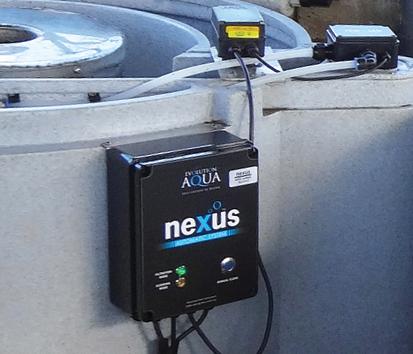 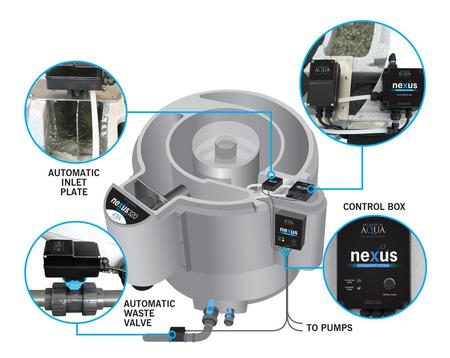 These Kockney Koi Box filters are ideal for goldfish ponds from 5,500L to 16,000L with a maximum flow rate from 2,800 LPH to 9,000 LPH dependant on which model you choose, please see table below. They can come as a bio filter, or the additional UV can be added for clearer, cleaner water to complete your pond. The mechanical and biological filter media ensures the water goes through a thorough clean. The no-fuss design makes installation simple. They have been designed to enable partial burial if required. 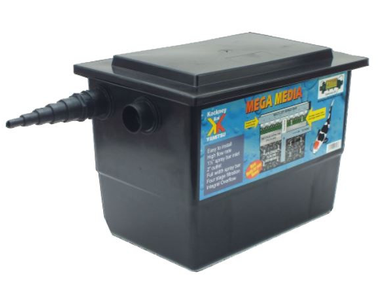 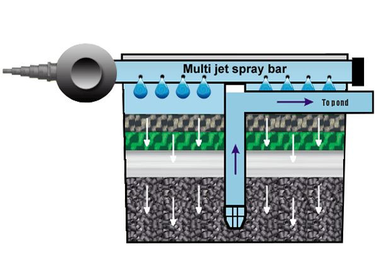 If you are looking for Koi and pond specialists in East Sussex, please come visit us at Icklesham Koi or contact us.

Your E-mail has been sent. We will be in contact with you soon.

Please refresh the page and re-submit the form.

SORRY
Your content caused an error and your email has not been sent.
Please remove any unusual characters and try again